So you've heard that babywearing is "good for your baby" but maybe you don't know the actual scientific benefits. Fret no more, you've come to the right place! We've compiled all of the good stuff that's actually backed by scientific data. Let's dive in ...

If the mother is breastfeeding her baby, she will raise antibodies in response to all of the microbes that they come in contact with and transfer them to the baby. (Lawn, 2010)2 Touch is so important to the healthy development of an infant that a lack of touch, or separation of mother and newborn (even with strollers), actually causes high amounts of the toxic stress hormone cortisol to be released. High levels of cortisol in the blood and separation from mother may negatively impact immune function as the body may stop producing leukocytes (infection fighting cells).
--

2. Prevents ear infections and eases the symptoms of GERD (Tasker, 2002)13 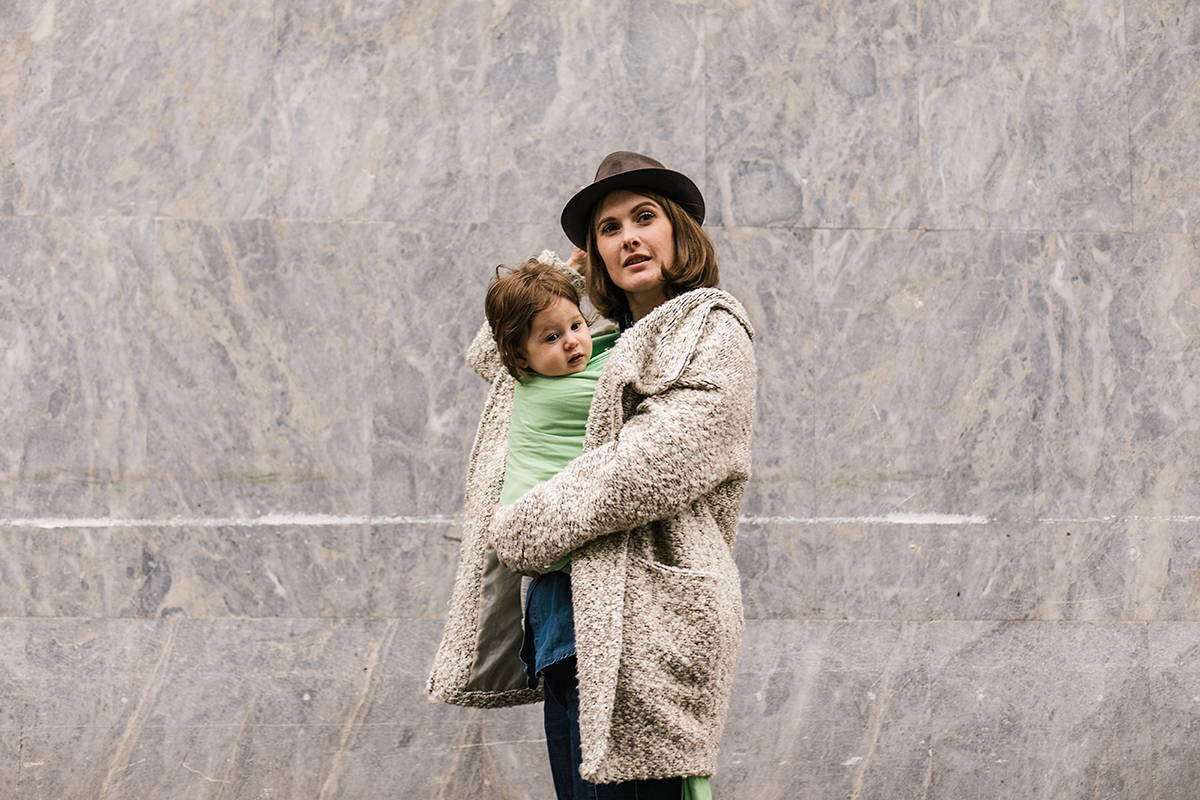 Baby can better maintain his own temperature even with dad or other caretaker. Baby can actually have “thermal synchrony” with mother. If the baby gets too cold the mother’s body temperature will actually warm up one degree to help warm the baby(Ludington-Hoe, 2006)10. If the baby gets too hot, the mother’s body temperature will decrease one degree to cool the baby. The flexed position on mother’s chest is a more efficient position for conserving heat than laying horizontal.

4. Enhances lactation, the prevalence, and the duration of breast-feeding (Furman, 2002)9

High cortisol levels that result from mother baby separation has a negative impact on growth hormone. With mother present to help assist in regulating the baby’s breathing, heart rate, and temperature, the baby has decreased energy needs and can conserve his energy and calories and direct it toward growth. (Charpak, 2005)5

When held upright on their mothers’ chests babies spend more time in a quiet alert state, the optimumstate for observing and processing. 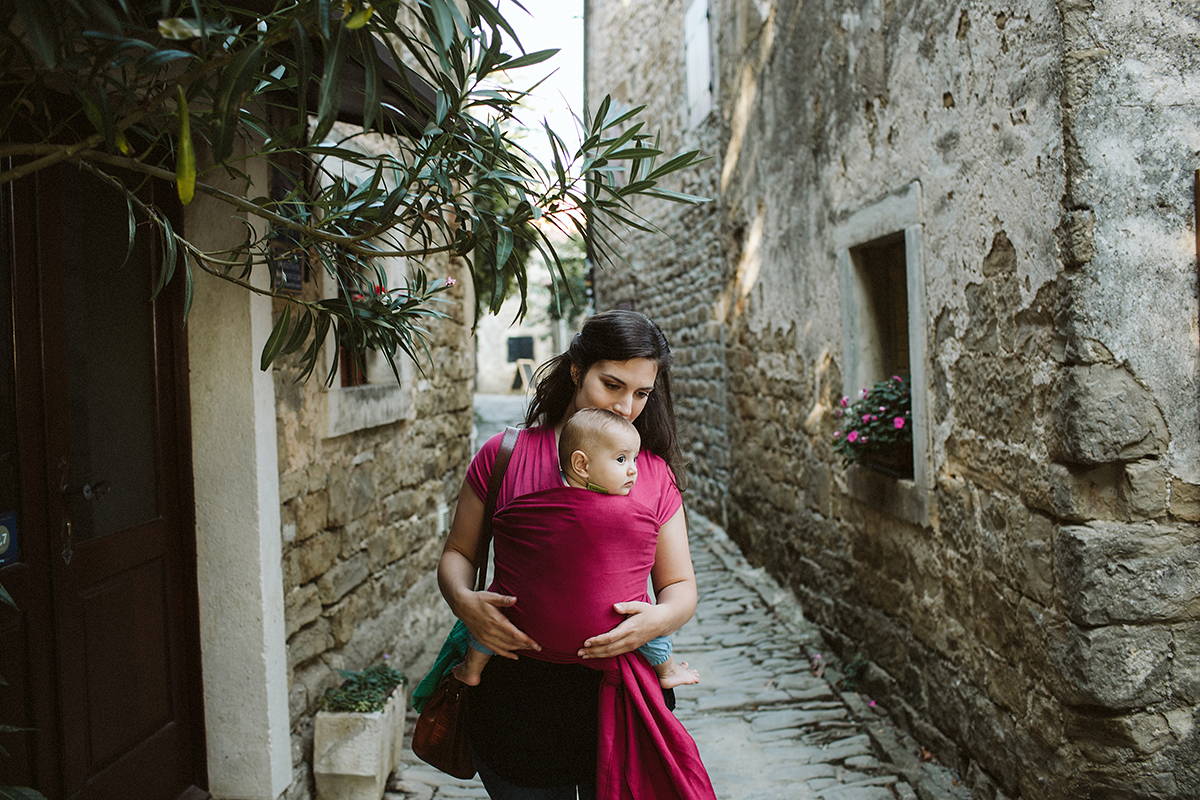 When a baby is worn on the chest of either parent there is usually an improvement in breathing patterns. The baby can hear the breathing and it stimulates the baby’s breathing so that the baby imitates the parent. (Ludington-Hoe, 1993)7

Bradycardia (low heart rate below 100) is markedly reduced and tachycardia (heart rates of 180 or more) rarely occurs. (McCain, 2005)11 Heart rate is so important because a baby’s brain requires a steady and consistent flow of blood to get the oxygen it needs to grow and perform properly.

Babies deal with pain better and cry less in response to pain (for procedures such as heel sticks). (Kostandy, 2008)1

11. Increases oxygenation of the baby’s body

Babies remain more calm and transition from one sleep state to another (Ferber, 2004)4 and also sleep longer in general. (Messemer, 1997)12 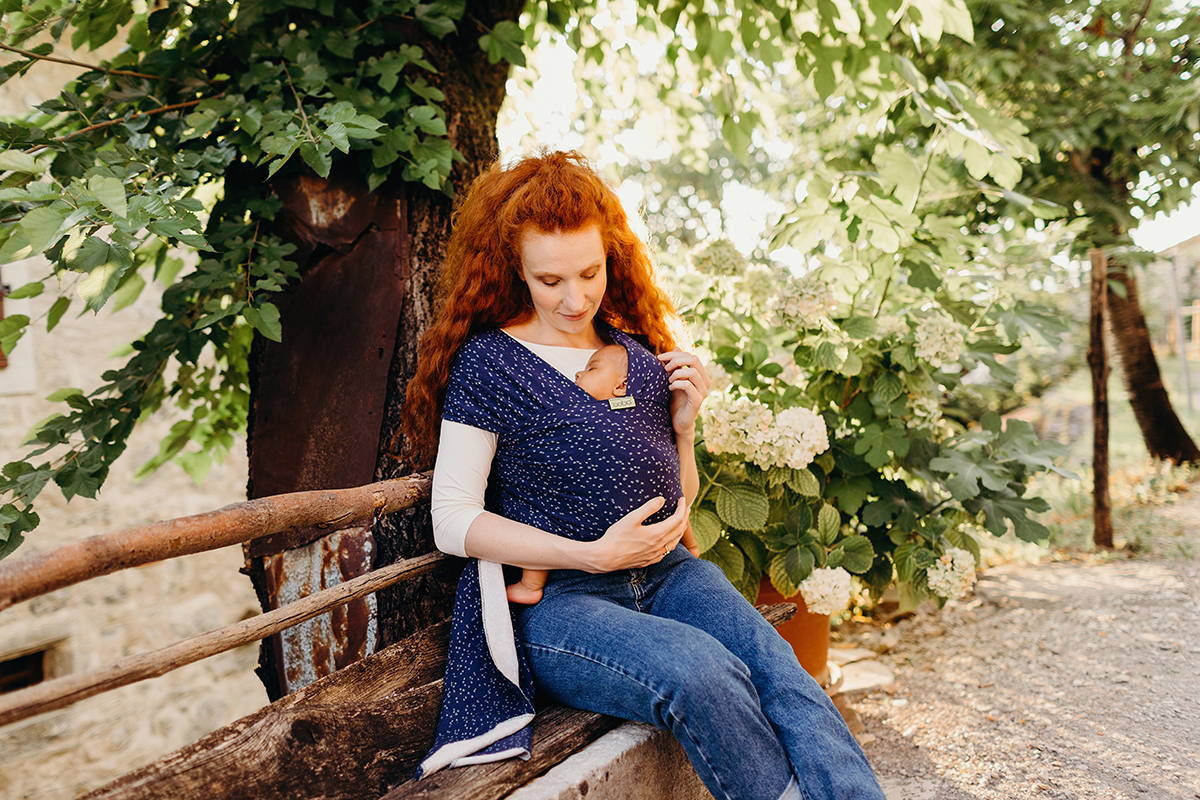 13. Mimics the environment of the womb

Baby continues to receive touch, rhythm and pressure and the soothing and comforting sounds of his mother’s heart beat, breathing and rhythmic rocking. Baby is in an ideal holding place during the “exterogestation“- or the second nine months after her birth.

According to the latest studies, the practicing of Kangaroo Care, or the special way of holding your preterm infant skin to skin, shows a 51 percent reduction in newborn mortality when babies (stable and less than 2 kg) were kangarooed within the first week after birth and breastfed by their mothers. (Lawn, 2010)2